How To Make A Grindstone In Minecraft (And Use It)

In this tutorial, you'll learn how to make a grindstone in Minecraft! Plus, watch the video below to learn what a grindstone does in the game and how to use it effectively.

A Minecraft grindstone is a block that is used to repair items, tools, and remove enchantments. It's also a job site block for weaponsmiths.

How To Make A Grindstone Video Tutorial

Required To Make A Grindstone

Steps To Make A Grindstone

To craft a grindstone, you first need to open your crafting table in Minecraft. You should see the same grid as in the image below.

2. Add The Grindstone Items To The Menu

In the crafting table, add the 2 planks, 2 sticks, and the stone slab to the grid. You can use any type of plank including oak, spruce, birch, jungle, acacia, dark oak, crimson, or warped planks. We will be using oak wood planks in this tutorial. 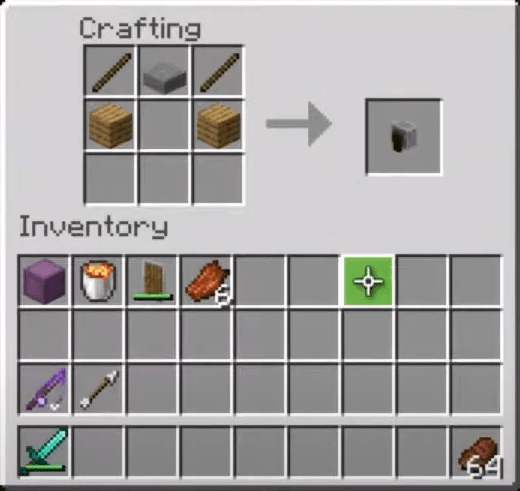 After you've added the items to the crafting grid as described above, you'll notice the grindstone in the box on the right.

3. Move The Grindstone To Your Inventory

Lastly, drag the grindstone down to your inventory so you can use it. 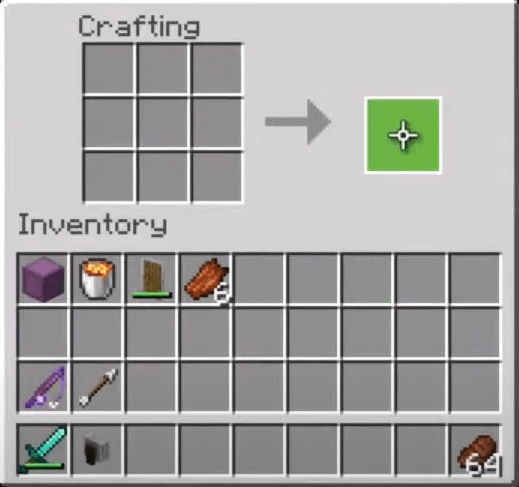 That's it! A Minecraft grindstone is a block that is used to repair items, tools, and remove enchantments. It's also a job site block for weaponsmiths.

You can also use a Give Command to make grindstones in Minecraft. The command is available in the following editions:

To run the grindstone command in Minecraft, open your chat window and enter the command below depending on the version you have.